Four of the participants were from the Sulong Triathlon Group, namely Norman A. Garcia, Peter Tan, Armand Siapno and Max Santiago. With the exception of Norman, the rest were in for their first ever triathlon experience.

Prior to the race, the four trained for more than six months in the different disciplines. Part of the preparation is joining a swim class, going to the gym, taking proper nutrition and getting the right amount of rest.

The morning of the race was cold and the participants had the choice of using neoprene wetsuits, which provide temperature protection and buoyancy. The four participated in the Sprint Triathlon, which is a good distance to for beginners.

The swim portion was generally over in 25 minutes. The bike ride, which consisted of riding around the road perimeter of the park twice, was done in an hour or so. Many completed the five-kilometre run in around 25 to 30 minutes.

Everyone from the Sulong Triathlon Group finished the race with flying colors. Official results can be found at www.triathlon.mb.ca. Personal accounts from group members will follow after this publication. The following photos describe the sense of accomplishment and reward from hours and hours of training and dedication to the sport.

It is never too late. The oldest in our group started the sport at the age of 47. You can find us at www.sulongtriathlon.org. Please don’t hesitate to connect with us, as we will be there to help you all the way. Summer is just starting and now is the perfect time to get into the sport by watching the races and asking questions about how to prepare for the next season. So, just get out there and do it!

Dennis is also a registered architect who works for the Province of Manitoba. Please visit our website at www.sulongtriathlon.org and like us on Facebook at Sulong Triathlon Group. 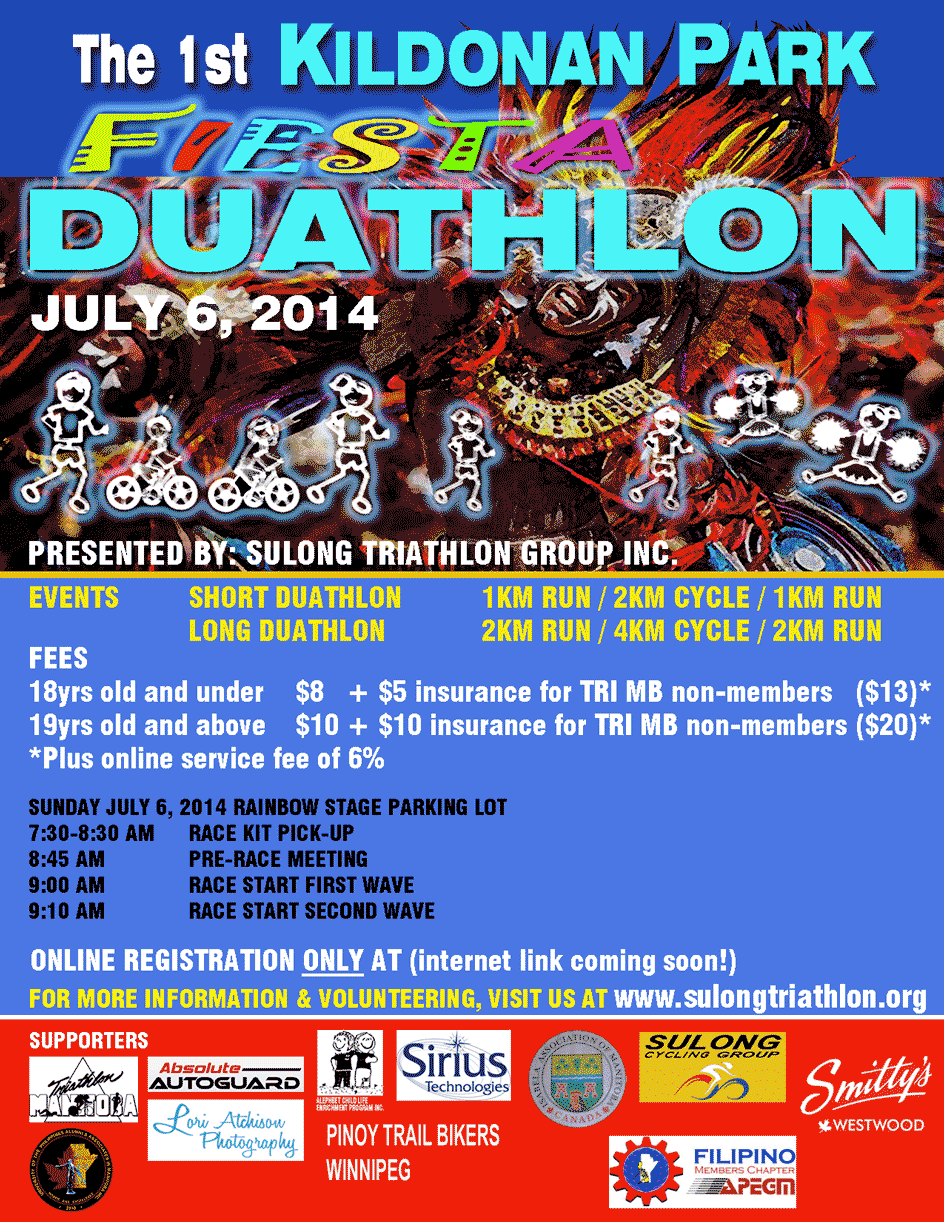