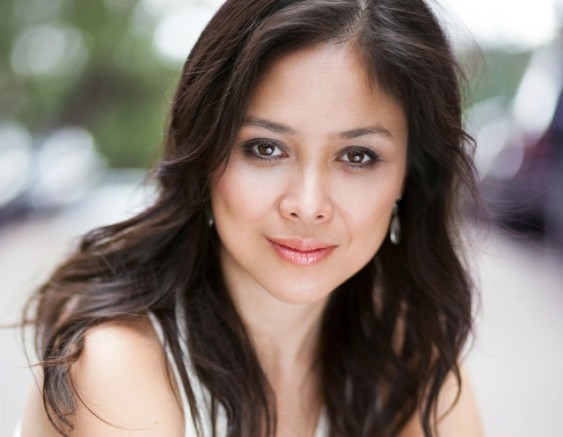 Arguably, Ma-Anne Dionisio is the best-known Filipino-Canadian singer whose roles in Miss Saigon, West Side Story and Les Miserables have put the Filipina on the theatre map worldwide.

In Closer Than Ever, which debuted at the Richmond Gateway Theatre in B.C. on February 4 and runs until February 20, she veers away from her traditional casting roles and tackles the “toughest I have encountered in my whole career,” she told The Richmond News in an interview.

The 42-year-old single mother of three started her singing career in the late 80s in Winnipeg, Manitoba where her family settled with her four sisters. She was only 14 then but had already won a TV singing contest in the Philippines when the family decided to move to Canada in 1989.

She joined the church choir at St. Edward’s Parish, home to a large Filipino congregation where her angelic voice got noticed.

After winning a lead role in Experience Canada, a musical tour that celebrated Canada’s 125th anniversary, she went on to a the role of Kim in the musical Miss Saigon, launching her career.

The Toronto resident has since performed as Kim in British, Australian and American productions of Miss Saigon. She played the role of Éponine in the U.S. touring company of Les Misérables, joining Lea Salonga as the second Asian to play Éponine in western theater.

Playing Kim for almost a decade “has made it part of her life” she said in an interview, but her role in Closer Than Ever, a play about mid-life crisis fits into her present stage in life.

“The whole show is basically about people going through the middle age part of their lives,” she told The Richmond News. “It’s basically personal challenges and how they respond, react and move on from them.”

“For the most part in my career, because of the way I look, people tend to cast me as the romantic ingenue, the younger part. But I am really excited to play something that’s closer to my age.