America is in the Heart by Carlos Bulosan is a heart wrenching and inspiring narrative of how one Filipino man came to accept his new home, even if it did not always accept him. To me, one of the most compelling moments of the novel is when Bulosan comes to the realization that America is as much his as any native-born American, because he worked hard to make the country great:

“I glanced out of the window again to look at the broad land I had dreamed so much about, only to discover with astonishment that the American earth was like a huge heart unfolding warmly to receive me. I felt it spreading through my being, warming me with its glowing reality. It came to me that no man – no one at all could destroy my faith in America again. It was something that had grown out of my defeats and successes, something shaped by my struggles for a place in this vast land, digging my hands into the rich soil here and there, catching a freight to the north and south, seeking free meals in dingy gambling houses, reading a book that opened up worlds of heroic thoughts. It was something that grew out of the sacrifices and loneliness of my friends, of my brothers in America and my family in the Philippines – something that grew out of our desire to know America, and to become a part of her great tradition, and to contribute something toward her final fulfillment. I knew that no man could destroy my faith in America that had sprung from all our hopes and aspirations, ever.”

The idea that an immigrant becomes a member of their new society through shaping the nation in their vision is the true gift that newcomers bring. Furthermore, it can give immigrants and newcomers control of their integration. America is in the Heart was not about Carlos Bulosan trying too hard to become what he thought an American was, but rather him fighting against everything – even himself – to help America become what he wanted it to be.

Near the end of the book, when he was teaching farm labourers the history of America, Bulosan states “All of us were immigrants – all the way down the line. We are Americans all who have toiled for this land, who have made it rich and free. But we must not demand from America, because she is still our unfinished dream. Instead, we must sacrifice for her: let her grow into bright maturity though our labour.”

Bulosan and his compatriots in America advocated for Filipino labourers to become American citizens, based in part upon the labour they had given to the nation. Today many advocates for temporary foreign workers in Canada argue that they should be given permanent residency, if not citizenship, because they have improved Canadian society through their work.

Bulosan was writing during a turbulent time in American history, when racial exclusion was a reality and racism towards non-whites endemic. America is in the Heart captures that story; indeed, to me it is a story of heartache and of fighting against one’s fate to make life better. Following the 1898 Spanish-American war, when the Philippines became a colony, Filipino labourers traveled the Pacific to live and work in the United States. There was much xenophobia and racism in American society towards people of Asian descent – as was the case in Canada – and throughout the 1920s and 1930s, immigration from Asia was increasingly restricted. However, while Chinese and Japanese migrants were prevented from entering the United States, Filipinos continued to migrate to America. Under the 1917 Immigration Act (also known as the Asiatic Barred Zone Act), Asian immigration was restricted; however, as U.S. Nationals – owing to their colonial relationship – Filipinos continued to enter the country unhindered.

While still able to immigrate, though, anti-Asian sentiments were rife in the country, as depicted in Bulosan’s narrative, and Filipinos faced many barriers to integrating into the American life. As Bulosan demonstrated, many Filipinos (as well as other discriminated groups) were forced to live in shady areas of town because they could find nowhere else to live. Forced to live in these poor, crime-ridden neighbourhoods, many were associated with that criminal lifestyle unfairly and suffered as a result. The Filipino American community thus had very rough beginnings. In Canada, though, Filipinos came during a much more liberal time when immigration laws were being modernized and Canadian society was moving towards the policy of multiculturalism. While experiences of racism still existed, the historical context of the beginnings of Filipino Canadians differs significantly from their kababayan in the U.S. And yet, so much of what Bulosan writes rings true: the search for a better life abroad, the loneliness that can accompany immigration, the difficulty of finding gainful work, but also the opportunities that open up for those who work hard, and the dream that Canada, too, will one day be in the heart. 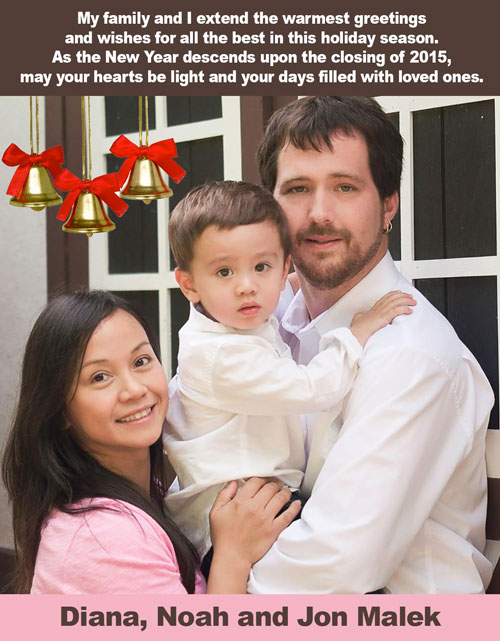 This evocation made by Bulosan – that America is in the heart – has become a timeless expression of Filipinos living abroad. In Winnipeg’s first Filipino newspaper, the Silangan, one author wrote “Let us all hope that we will discover, like Bulosan, that Canada is in the heart too.” He was writing in celebration of the Philippine Independence Day (June 12) and Canada Day (July 1), stating, “understanding our roots should make us better citizens of Canada.” Indeed, as a historian of immigration – and, particularly, Filipino immigration – to Canada, I believe that sentiment is the true prerequisite for successful integration in Canada. Some “old-stock” Canadians are discomforted by change, however, diversity is not something to fear or suppress, but to celebrate. It is in our diversity that our country progresses, that our society becomes better. Canada is made better by newcomers not merely because we become more tolerant, aware, and accepting of other cultures, but because individuals who have grown up outside of Canada bring to the country a different outlook, a different way of doing things. In America is in the Heart, we saw that Bulosan’s experiences of injustice in the Philippines led him, and others like him, to be champions of the labour movement on the American west coast. The sentiment of America is in the Heart and “Canada is in the heart” is the realization that the fate of one’s new home depends, in part, upon one’s self. Integration to Canadian society is done through shaping the country by one’s unique contributions, not passively accepting things the way they are but working to make them, and all of us, better.

Jon Malek is a PhD candidate in History at Western University, and is a member of the Migration and Ethnic Relations program.