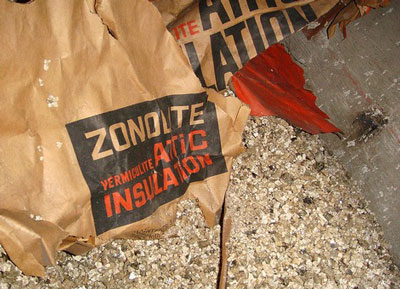 Vermiculite insulation is a cobblestone-like or ellipsoidal, solid product about the size of an aspirin pill, and typically gray-brown or silver-gold in colour. It is a naturally occurring mineral composed of glittery particles that look a lot like mica. When heated abruptly to a high temperature, this crystalline mineral swells into accordion-like, low-density filaments. In this form, vermiculite is a fire-resistant, odourless, and lightweight material that has been utilized in various applications, such as insulation for walls and attics.

The oldest and largest vermiculite mine in the United States started operations in the 1920s near Libby, Montana. It was known that the vermiculite from this mine was contaminated with tremolite, an extremely lethal form of asbestos, which had been installed in tens of millions of homes in the United States alone. Since over 70 per cent of all vermiculite sold in the U.S. from 1919 to 1990 came from the Libby mine, it is safe to suspect that all vermiculite insulation found in buildings has asbestos in it. The mine was forced to close down in 1990 following stiffer environmental controls. Homeowners should be on the lookout for empty bags in the attic that bear the name Zonolite®, the commercial name of the vermiculite mined in the infamous Libby mine.

Vermiculites are formed over millions of years of weathering of the mineral biotite. However, biotite deposits are commonly in near proximity to diopside deposits that metamorphose into asbestos due to the same weathering processes that create vermiculite. Asbestos can be easily inhaled as a result of separation into microscopic particles that become airborne. Prolonged exposure to asbestos can result in a scarring disease of the lungs known as asbestosis, mesothelioma, and lung cancer. The risk of getting these asbestos-related diseases usually increases with the concentration and length of exposure, and smokers may face an even bigger peril of lung cancer.

What should homeowners do if there’s a possible presence of asbestos in their homes?

Summing up, vermiculite is a highly dangerous substance used as a building insulator; however its health hazards can be mitigated with proper handling and disposal methods.