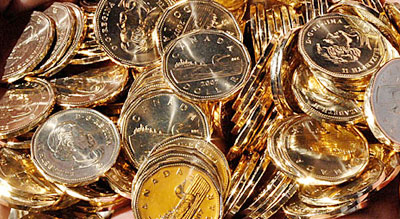 I work with a couple women who like to call themselves, “The Dollar Store Divas.” They pride themselves with finding deal upon deal at these bargain stores that seem to be popping up on every street corner. Lately, I have been hearing more and more people talk about the things that they find, which includes everyday items at rock bottom prices – well, a dollar or two, really.

The trend doesn’t look like it will slow down anytime soon. Recently in the news, the biggest dollar store chain in the United States has already set up shop in Winnipeg and plans to open many more in the near future. Winnipeggers are known to be spendthrifts, so I guess I shouldn’t be too surprised that these bargain stores are popular with the masses. So what is all the hype about? I’ve been to these stores, usually to buy soft drinks for a movie because, seriously, with five kids, who would want to spend four dollars per drink at the theatre? You do the math.

If you lived in Winnipeg over 15 years ago, you probably remember Bi-Way or Bargain Harold’s. These were pre-cursors to today’s dollar stores. These stores are no longer; because who can compete with stores that sell everything for a measly buck, loonie or four quarters. How ever you want to add it up, you can buy quite a few items for that amount.

I took a special trip to one of these stores the other day with the purpose of finding items that I would buy at the bigger retail stores. Just like a dog seeing something shiny, the first isle I walked down instantly distracted me. I wasn’t looking for these items, but there they were. For only two dollars, they were selling iPhone cases – different colours and different designs. The last one I bought was $30 at the cell phone store. Threw three cases in my basket. Further down, I grabbed extension cords, tarps, rope and some light bulbs. Did a quick tally; I was up to $15 for what would be costing me easily over $40 somewhere else.

I felt a sudden excitement take over and the sudden urge to break into song. What else can I find? Bathroom supplies, kitchen utensils, toys, you name it they had it! Even things I didn’t think I needed, they had!

I had to stop and ask the nearest store employee a question, “Excuse me, how much are these?”

“One dollar”, she replied.

“So, everything is a dollar” I ask somewhat bewildered.

“Yes, that’s why the store is named this way.” With that she walks away shaking her head, I guess it was a silly question.

Multiple bags in hand, I walk out of the store satisfied that I had got what I needed and more. Hope my kids don’t mind wearing bunny ears while they are searching for their Easter eggs, spatulas, whisks, extension cords and other dollar store items.

I’ll leave you with this observation from all the recent award shows on TV. Grammys, Golden Globes or Oscars, they all have something in common: nervous professionals who pretend to be shocked that they won an award. What I love the most are actors, who are known for their outstanding acting and who can memorize lines for a feature length movie but become blithering idiots who can’t seem to remember the name of their manager of 20 years, or their significant other, or who wrote, produced or directed the movie that they were nominated for. I mean, you knew for months that you were nominated; you could have rehearsed during that time, no? Show us your awesome acting skills now. This would probably be the best time to show the rest of the world why you are holding the little gold statue. But that’s just my observation.

Dale Burgos manages the communications department for a Winnipeg school division and wrote this article on a laptop he bought from the dollar store.