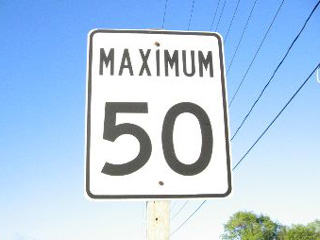 Masaganang Bagong Taon sa lahat! Isa na namang taon ang lumipas at ngayon tayo ay nahaharap sa bagong taon na puno ng mga bagong karanasan, pangako at mang-ilang-ilang pagsubok. When you are in a difficult situation always bear in mind that life’s storms come and go, however with a united family and a supportive community, we are able to overcome the challenges in life.

During the holidays, while trying to stay warm at home, I was thinking of a topic to help our new kababayan adjust to the way of living here in Canada. There can be many barriers that hinder their growth and acclimatization to their new environment; some may be complicated, while some may be simple day-to-day challenges. I reflected on my own struggle as a new immigrant and recalled my first traffic ticket which cost me $165.00. Halos isang linggo pa lang kaming nasa Canada. Ako ay nagmamaneho ng aming bagong biling sasakyan. Kasama ko ang aking pamilya mula sa St. Vital Mall at habang tinatahak ko ang Main Street bigla kong naramdaman ang maliwanag na flash na nangaling sa gilid ng intersection. Akala ko ito ay isang kidlat lamang ngunit makaraan ang isang lingo, nakatangap ako ng sobre mula sa Winnipeg Police Service at kalakip noon ay isang Provincial Offence Notice (Traffic Ticket) na nagsasaad ng aking violation at ang penalty. It was then that reality struck me. Now I know that in Canada traffic rules are put in place to be strictly implemented.

Bilang kababayan, naisip ko na mas mabuti na aking talakayin ang mga common infraction sa batas trapiko dito sa Winnipeg. Ang batas na nagsasaayos ng takbo ng trapiko sa kalye ay nakasaad sa Highway Traffic Act (HTA) and every Province in Canada has its own Traffic Act. Sa nasabing batas, nakapaloob doon ang mga alituntunin na dapat sundin ng mga nagmamaneho ng sasakyan sa kalye, mga pedestrian at maging ang mga nagbibisikleta. I have identified some Sections of the HTA that I have found, from my experience, are common violations committed by our bagong dating. These violations are not new to our kababayan and, in fact, are existing laws in the Philippines. However, these laws were inutile and never implemented due to one reason or another. It is also noteworthy to say that the biggest implementation nightmare of our existing traffic laws in the Philippines is the inability of the enforcers to strictly implement them and the disrespect of the citizenry to follow the traffic laws. Here in Manitoba, the Highway Traffic Act (HTA) is uniformly and strictly implemented by all cities and police agencies, within the province, without any prejudice.

In Canada, it is mandatory to have a valid driver’s licence in order to drive a motor vehicle. For our bagong dating, if you have a valid Philippines driver’s licence (except student licence), you can drive a motor vehicle for 90 days starting from the date of your arrival. However, you have to familiarize yourself with the Traffic Laws and driving etiquette in Winnipeg in order to avoid discomfort and problems on the street.

I have identified the following HTA violations as the common infractions, committed by our bagong dating na kababayan, based on my experience as an immigrant and a police officer in Winnipeg:

There are two provisions of the HTA that deal with speeding, the first one is under Section 95(1), which deals with speeding per se and prescribes a penalty of $181.50. This amount is for the first 10 kilometres per hour (kph) over the speed limit and a subsequent $13.00 (average) for every kilometre added to it. In Winnipeg the maximum speed limit on the street is 50 kph unless a different speed limit is posted. It is a rule of thumb that, if you don’t see any speed limit sign on the street, it is presumed to be 50 kph speed zone. In Section 95(1.2), it deals with speeding in a construction zone when workers are present or using equipment and warning signs are posted. This provision imposes a higher penalty – a minimum of $266.00 for the first 10 kph over the speed limit and a subsequent $21.00 (average) for every kilometre on top of that. Persistent violation of the speeding provisions will not only cost you money, but might also lead to the eventual revocation of your driver’s licence.

In the Philippines we have traffic control devices (e.g. traffic lights, stop signs, pedestrian walkways etc.), but not everyone obeys them. Motor vehicles and pedestrians alike flagrantly violate all kinds of laws governing these devices, which most of the time, lead to tragic accidents. I can still remember a kababayan who lamented to me about getting a traffic ticket for going through a four-way stop. When I asked our kababayan what happened, he told me that he was on his way home at around 2:00 o’clock in the morning and there wasn’t a single vehicle on the street. When he approached the traffic controlled intersection, he went through it and, unfortunately, there was a police unit monitoring the intersection from a distance. Sec. 85 of the HTA punishes the disobedience of a traffic control device and lays out a penalty of $203.80 for this infraction.

The lesson learned is that in Canada the implementation of existing traffic statutes are 24 hours a day and seven days a week and that traffic signs were put on the street for a definite and specific purpose.

In our next Pulis Kababayan (Part 2 of this series): Illegal parking, passing a stopped school bus and littering on a roadway.

Constable Rey Olazo is a member of the Diversity Relations Section of the Winnipeg Police Service. He can be contacted by e-mail at rolazo@winnipeg.ca. For urgent matters that require Police response please call 911 and for non-emergency you may call (204) 986-6222.