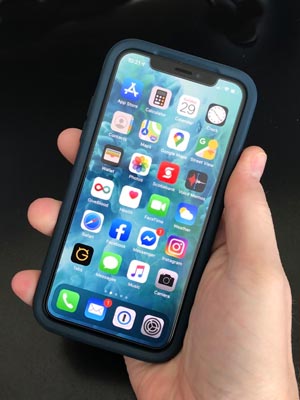 One day in elementary school a classmate of mine brought a small handheld gadget to class that got us all agog. I no longer remember what it was but it was made of metal and had rotating wheels that he would manipulate to add and subtract numbers. Naturally we all wanted to try it, but the commotion the little thing made caught the attention of our teacher as she walked in. She approached our classmate, asked what the object was, and when she heard the answer she promptly confiscated it and sent the poor boy to the principal’s office. She then launched into a lecture on how we must not rely on a gadget like that and instead make sure we knew how to do our math in our head.

The same thing happened a few years later when another classmate came into class with an electronic calculator, the first one we had ever seen. But soon after that, calculators became more and more ubiquitous, so much so that by the time I was in third year high school we were actually required to have calculators for subjects that dealt with numbers. In just a few years’ time such gadgets went from contraband to classroom essential.

I am reminded of this these days as most countries lock down and people all over the world are told to stay home in a bid to prevent coronavirus from spreading. For many of us, it is still possible to work, do business, attend virtual classes, talk with people, and do a wide range of things using modern technology. And for the majority of those who are connected, the tool of choice is the mobile phone, which has become cheap enough for most everyone to own.

But even up to the time the pandemic was declared, I still had conversations with people who believed phones are a bane and should not be allowed for children. Some of the reasons I’ve heard are that kids don’t learn well with screens, their attention span gets shorter, they can get addicted to games, and more. I agree that phones (and tablets, for that matter) have their downside, but I’ve always thought these concerns were misplaced. Instead of seeing them as bad things that need to be kept away from children, they ought to be considered learning tools that can expand the minds of kids. It’s like the proverbial knife that can be either a tool or a weapon, depending on who wields it.

And now that we are in the thick of community quarantines, we are seeing the importance of these gadgets and how they can, in fact, be useful tools. Children all over the world are now learning through their phones and tablets, and I see parents who had previously been wary of technology embracing it now and using it to their children’s benefit. Online learning tools are also popping up and parents are able to choose from a wide range that best suit their children.

It’s not just in the area of education, of course. Many people had criticized technology for supposedly separating us from each other, but look what’s keeping us together now. Had it not been for social media, video calls, chats, emails, and even the old-fashioned phone call, we would all be sitting in miserable isolation inside our homes right now. Instead, we remain connected to each other as we use modern technology to talk to each other across the seas or across the street.

The media are also finding that creative use of mobile technology has become necessary. For two weeks Davao City Mayor Sara Duterte conducted her daily live radio interviews from her home using a mobile phone because she had to be in isolation after being exposed to people who later tested positive for coronavirus. And the past few days even the anchors of the radio station had to air their shows from their homes as part of the city’s enforcement of community quarantine.

Without mobile technology, such an arrangement would have been impossible, and media would have had to either expose themselves to the virus by going out or shut down their operations completely. And with correct information being key to the success in the fight against coronavirus, the latter is not an option.

Tech has its downside, of course. Children can be exposed to all the bad things the Internet offers, and even adults fall prey to the evils that lurk therein. Fake news certainly does proliferate online and many people still believe these things to the point of causing panic. But I believe these negatives are far outweighed by the positives at this time, and we can choose to use these tools to our disadvantage. Like it or not, the coronavirus pandemic is forcing us to prove technology’s value, and I believe we are succeeding.