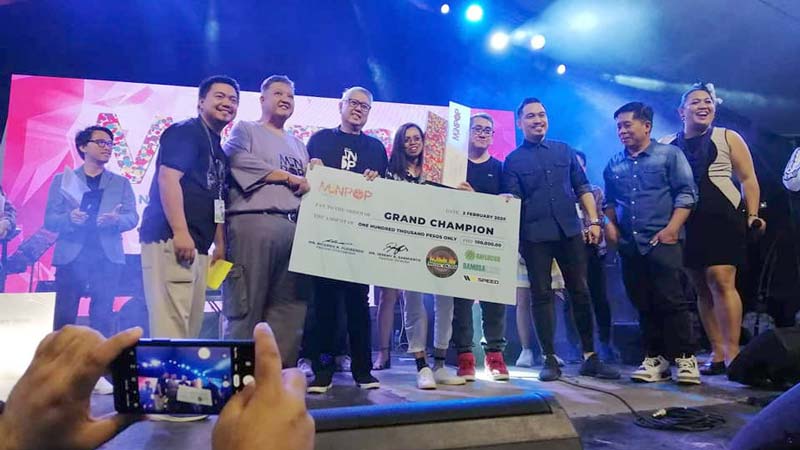 Music, as the cliché goes, is the universal language, and National Artist for Music, Ryan Cayabyab, brought this home beautifully during the grand finals of the first Mindanao Music Festival held here on the auspicious date of February 2, 2020 (02-02-2020). In his short message before the winners were announced, Cayabyab, who was one of the judges, said one particular song made him cry — and he did not even understand the lyrics because it was written in Visayan.

The 10 songs that made it to the grand finals defied stereotypes and were written in various languages and in different styles, a testament to the diversity that characterizes Mindanao. The variety also showcased the fact that Mindanao music cannot be pegged into one genre. It is as free to be anything it wants to be, and the songwriters went all-out in expressing themselves in very different ways.

MinPop actually started in the middle of 2019 when the organizers, led by festival director Jeremy Sarmiento, did the rounds of various areas in Mindanao to conduct song-writing workshops. This was followed by invitations for submission of entries, which resulted in a flood of more than 300 songs. This was whittled down to an initial 70, then 30, then 15.

For the final 10 the organizers asked a small group (this writer included) to help with the selection. Some entries already had good production values, while others were raw recordings accompanied by single instruments — including one that used an out-of-tune guitar. Getting past this detail in that particular entry was a little daunting, but it was such a golden song that the group voted to include it.

In the end the following were selected:

MinPop then set out to arrange and record the songs, and what came out was a jewel of an album that Mindanaoans can truly be proud of. Arranged impeccably and recorded professionally, the final product brought out the best in each entry.

A few weeks before the grand finals, the songs were released first on YouTube and then on streaming services in order to build up momentum. Media partner My Only Radio (MOR) also played the songs regularly, and by the time the grand final was held, a sizeable crowd gathered at the concert venue to root for their respective favourites.

It’s one thing to hear a studio recording of a song, quite another to hear it performed live. The energy jumps up several notches, and the crowd can really get into a frenzy as they hear their favourites. The MinPop concert was truly exceptional, and as Cayabyab observed, he had never judged a music competition where the audience would applaud each line of a song.

It may be another cliché, but the judges admitted to having a hard time picking the winners and actually wished each entry would win. But MinPop was, after all, a song writing competition and so winners had to be selected. Coming in at third place was Tethered by Marckenny Joshua Bohol, a song that speaks of holding on to love no matter how difficult the situation is. In second place was #Buang by Sherwin Fugoso, a light-hearted look into love and how it can make one crazy.

And making history as the grand winner of the first-ever Mindanao Pop Music Festival was A.M., a poignant Visayan song by Mau Ria Pama that speaks of forbidden love — but with a twist at the end that always leaves first-time listeners smiling.

The live performances are all on YouTube so those who were not able to attend can see for themselves how striking the songs are and how warmly welcomed they were by the audience. MinPop is an indication that Mindanao music is not only alive and well; it is also blazing a trail that leads to the greater appreciation of the island and its people.