Walang wangwang! To the outsider, those two words are a meaningless alliteration, a jumble of W’s and A’s that have no definition. But to the Filipino who has lived through decades of corruption and abuse of power, they resonate loudly because in them he finds hope that things in the Philippines could finally change for the better. 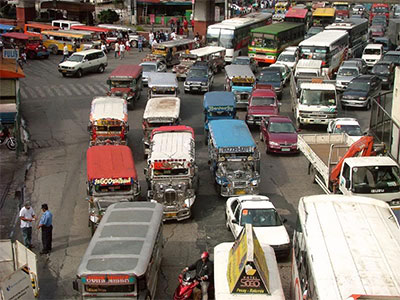 President Benigno Aquino declared his walang wangwang policy in his inaugural speech on June 30, and it is those two words, above all that he said, that have struck a chord the hearts of the Filipino people. Literally meaning “no sirens,” walang wangwang at its surface refers to the practice of politicians and officials of using sirens to cut through traffic. Armed with sirens (called wangwang after the sound they make) and blinkers, their vehicles make the roads their own as they force other vehicles to the curb to enable them to pass through. In other words, they make the roads miserable for the average commuters, who can do nothing but curse the abusive officials who can get to their destination on time while they get stuck in an even worse traffic jam left in the wake of the passing convoy.

Because it was the simplest to follow, traffic authorities jumped on the directive and immediately launched a campaign against sirens and blinkers on the streets. In the first few days of Mr. Aquino’s presidency, the confiscation of such illegal equipment – only a select few officials, including the President, are allowed to use them – became the focus of traffic enforcers. Hundreds of sirens and blinkers were confiscated and shown to the media, creating the impression that this was a serious crackdown that would not spare even the high and mighty.

But traffic is just the surface of the issue. At its heart, walang wangwang is taken to refer to all forms of abuse of power; any practice that puts the common people at a disadvantage while the powers that be enjoy the perks of their office. It is found in all levels of political life, from the barangays all the way up to Malacañang. Power is a drug that is hard to refuse, and those who wield it eventually misuse and abuse it to their advantage. This is the root of corruption, and this is why the Philippines has resisted progress all these years in spite of the hard work put in by honest citizens. To paraphrase President Aquino’s campaign line, kung maraming corrupt, maraming mahirap [many corrupt, many poor].

Indeed, it may be said that sirens are a minor violation when compared with other offences committed by those in power. In his inaugural speech, Mr. Aquino spent more time discussing justice for all Filipinos than he did with sirens, deeming it so important that he named Justice Secretary Leila de Lima personally – only one of two people the President identified, the other one being former Chief Justice Hilario Davide, who heads the Truth Commission, which has essentially the same mandate – and gave her the marching orders to “begin the process of providing justice to all Filipinos.” It was a clear message that the Aquino administration will not tolerate the almost constant abuse of the Filipino people, and it will move to give justice to those who have been crying out for it for years.

Walang wangwang, then, ought to be a battle cry not just against sirens but also against everything that is wrong with government and our society. It is a directive not just for government officials but also for all of us because we, in one way or another, use our personal sirens when we want something done. Bribing a traffic enforcer? Walang wangwang! Cutting a line? Walang wangwang! Making shortcuts in a City Hall transaction? Walang wangwang! The temptation to resort to illegal methods, minor as they may be, is ingrained in our psyche, but we must realize that doing so makes us no better than the officials we curse for using their wangwang to get ahead of us in traffic.

President Aquino probably did not know how big an impact his walang wangwang policy would have when he first declared it. But in those two words he encapsulated what was wrong with our society and what needs to be done to fix it. We must honour it by properly extending its use not just to traffic but to our daily lives. We all have our marching orders: Walang wangwang!

Jon Joaquin is the managing editor of the largest circulation newspaper in Mindanao, the Mindanao Daily Mirror in Davao City.