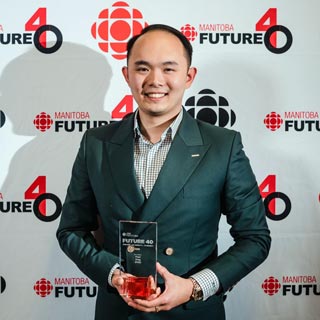 Every year, CBC Manitoba recognizes an outstanding group of young Manitobans under the age of 40 who are making a difference in their communities.

This year, the 10 awardees include creative business owners, grassroots organizers, scientists, and fundraisers. One of them is educator and music artist, Paul Ong.

Since 2015, the internationally trained educator has been selling out his annual Concerts for a Cause, which gives him and participating students an opportunity to share their musical gifts and engage the community to bring positive change.